A-Rated Double Glazed Windows increases your home insulation and impacts positively on heating bills. Living comfortably takes more than just being in a nice house fitted with air conditioning and adorned with furniture sitting on a smooth carpet.

The air inside needs to be cool and with less moisture. The sound needs to be hypnotizing with less or no disruption from outside. Most importantly, this should be achieved without you having to spend a lot. In summary, what you need are window frames and doors fitted with Double Glazed Units.

A-Rated Double Glazed Windows – What Are They

These are windows made of two glass panes fitted in one frame and with a space in between them. Generally, the space in between the pane is about twenty to forty millimetres. The space acts as an insulator, and prevents conduction. Better insulation is what you achieve.

How Double Glazed Windows Are Created

Having been created with a space in between the glass panes, air particles don’t collide and hence heat lacks a medium through which to travel. This inability of heat to freely move enables the house maintain a constant temperature. For accuracy, in some double glazed windows, instead of leaving the space between the panes void, it is filled with less denser gas than air mostly nitrogen or argon gas. The glass can be laminated with a clear substance in order to reduce the penetration of Ultra-Violet (UV) radiation.

There are several advantages of using A-Rated Double Glazed windows, below are just a few key benefits:

To ensure the consumer gets what is standard and beneficial, various federations (such as the Glass and Glazing Federation) govern how double glazed windows are supposed to be created. Double glazing also follows the similar rainbow label used in other white goods. Reading the rainbow helps the consumer understand the level of thermal performance of their product. 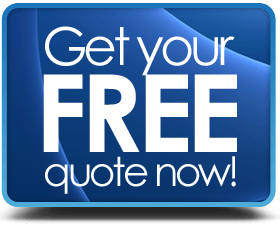 Get A Free Quote !

We use cookies on our website to give you the most relevant experience by remembering your preferences and repeat visits. By clicking “Accept All”, you consent to the use of ALL the cookies. However, you may visit "Cookie Settings" to provide a controlled consent.
Cookie SettingsAccept All
Manage consent

This website uses cookies to improve your experience while you navigate through the website. Out of these, the cookies that are categorized as necessary are stored on your browser as they are essential for the working of basic functionalities of the website. We also use third-party cookies that help us analyze and understand how you use this website. These cookies will be stored in your browser only with your consent. You also have the option to opt-out of these cookies. But opting out of some of these cookies may affect your browsing experience.
Necessary Always Enabled
Necessary cookies are absolutely essential for the website to function properly. These cookies ensure basic functionalities and security features of the website, anonymously.
Functional
Functional cookies help to perform certain functionalities like sharing the content of the website on social media platforms, collect feedbacks, and other third-party features.
Performance
Performance cookies are used to understand and analyze the key performance indexes of the website which helps in delivering a better user experience for the visitors.
Analytics
Analytical cookies are used to understand how visitors interact with the website. These cookies help provide information on metrics the number of visitors, bounce rate, traffic source, etc.
Advertisement
Advertisement cookies are used to provide visitors with relevant ads and marketing campaigns. These cookies track visitors across websites and collect information to provide customized ads.
Others
Other uncategorized cookies are those that are being analyzed and have not been classified into a category as yet.
SAVE & ACCEPT